Thanks to a DANS “Klein Data Project” (KDP) entitled Dutch women writers and their Dutch audiences (until 1900), research into women’s authorship is making a new step. The Dutch data contained in the tool NEWW VRE (New approaches to European Women’s Writing) have now been archived at DANS, in EASY. In view of this, the data (concerning some 800 Dutch female authors [from Hadewych to Anne Frank], their works and their reception) were cleaned, checked and complemented – which was done last year, at Huygens ING, by Janouk de Groot, assistant in earlier projects of this international collaboration (which is currently the DARIAH Working Group Women Writers in History).

Thursday March 21, a DANS colloquium was held, which illustrated the relevance of the tool, its technical possibilities, its importance for collaboration between research and teaching, as well as problems still experienced or needs to be fulfilled: both the data and the structure are to be seen as Work in Progress.

Some of the problems were discussed by Sally Wyatt (Maastricht University): she showed – once more – that the ISO/IEC 5218 code (supposed to “meet the requirements of most applications that need to code human sexes”), is totally insufficient for this kind of research, in which we try to understand the position, efforts and impact of early women authors. Often they used male or neutral pseudonyms, which could be combined with “contradictory” narrators or narrative perspectives – influencing the nature of the “dialogue” they engaged in with their readers: hence the judgments pronounced and the reputations (or lack of …) acquired. These complex perspectives cannot be rendered currently by our tools.

The advantages of our technological approach were also discussed: Henk van den Berg (DANS) argued the importance of the data being presented as RDF triples, and thanks to LOD being connected to other datasets – either covering the same research domain (such as Orlando for English women authors), or created for dissemination, such as Amsterdam Time Machine – which will also illustrate life and activities of Amsterdam-born authors.

Lia van Gemert (UvA) and two UvA students/trainees elaborated on the NEWW-ATM connection, to which they contribute, and also illustrated the way in which they are using the NEWW VRE for their own research questions – which definitely leads to proposing/developing new categories and ontologies….

This meeting – in which was also presented the new volume of the Brill Women Writers in History series – seemed to announce larger discussions to be had both between the Dutch institutes concerned and the members of the international DARIAH Working Group: next May in Warsaw. The presentations, by Sally Wyatt, Henk van den Berg, Lia van Gemert – collaborating with Nina Jongen and Emma Anker -, Janouk de Groot and me, can be consulted here. 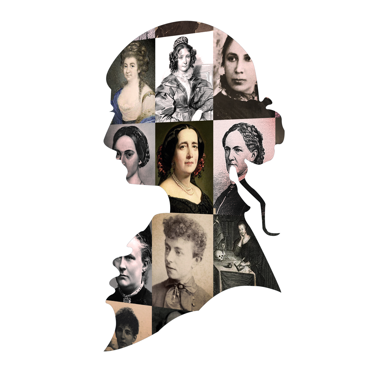