The Open Science Festival 2022 – where DANS feels right at home!

The Netherlands is a frontrunner in Open Science. This once more became apparent at the Open Science Festival 2022, which was held the 1st of September at the VU Amsterdam. The festival was fully booked, with 300 attendees on site and many hundreds following the event online.

The Festival featured hands-on sessions on how to put Open Science to practise, as well as discussions on how policies can stimulate the uptake of Open Science. DANS colleagues actively partook in the festival, as organisers of workshops, panellist or at the DANS booth at the marketplace.

Three themes were recurring throughout the festival:

DANS plays a key-role in all these domains. For example, DANS is one of the partners in ODISSEI, a digital infrastructure that facilitates researchers to work with data from Social Sciences and Economics in combination with data from the Central Bureau of Statistics (CBS). The ODISSEI portal was launched at the Festival, which enables users to navigate this rich collection of linked data.

While the Netherlands is a frontrunner, Open Science is a global movement. That is why international collaboration is key. DANS plays a central role in many flagship European projects that facilitate the transition to Open Science, such as FAIR-IMPACT, FAIRCORE4EOSC and SKILLS4EOSC. Together with partners from across Europe, we shape the academic landscape on which Open Science is built. DANS Data Trails highlight international achievements and developments in Open Science.

To make the transition to Open Science a reality, we need training, training, training. For researchers, to learn how to make their data FAIR and open. For data stewards, to learn how to assist researchers. For policy makers, to keep track of ongoing developments. DANS is committed to providing high quality training in a variety of contexts, such as our coaching role in the flagship data support training hosted by Research Data Netherlands (RDNL) (e.g. Essentials 4 Data Support, next offering this autumn), by designing and delivering training with European partners such as CESSDA, or providing training and support at national conferences such as NWO Life.

At the end of the Festival, Minister Robbert Dijkgraaf took the stage and made it very clear that the Dutch government fully supports Open Science and follows suit by making substantial funds available to make the transition to Open Science a reality. There is little that makes us at DANS more happy! DANS is fully committed to Open Science and will continue to play its part as a catalyst of Open Science in the Netherlands and abroad.

Therefore, together with our partners in RDNL and NPOS, we invite you to the next national event: the FAIR Data Day in Utrecht on 29 November, which highlights reusing data to advance science. Don’t miss the opportunity to nominate valuable, FAIR datasets for the Dutch Data Prize (deadline 30 September) or to propose a workshop session at the event (deadline 7 October). 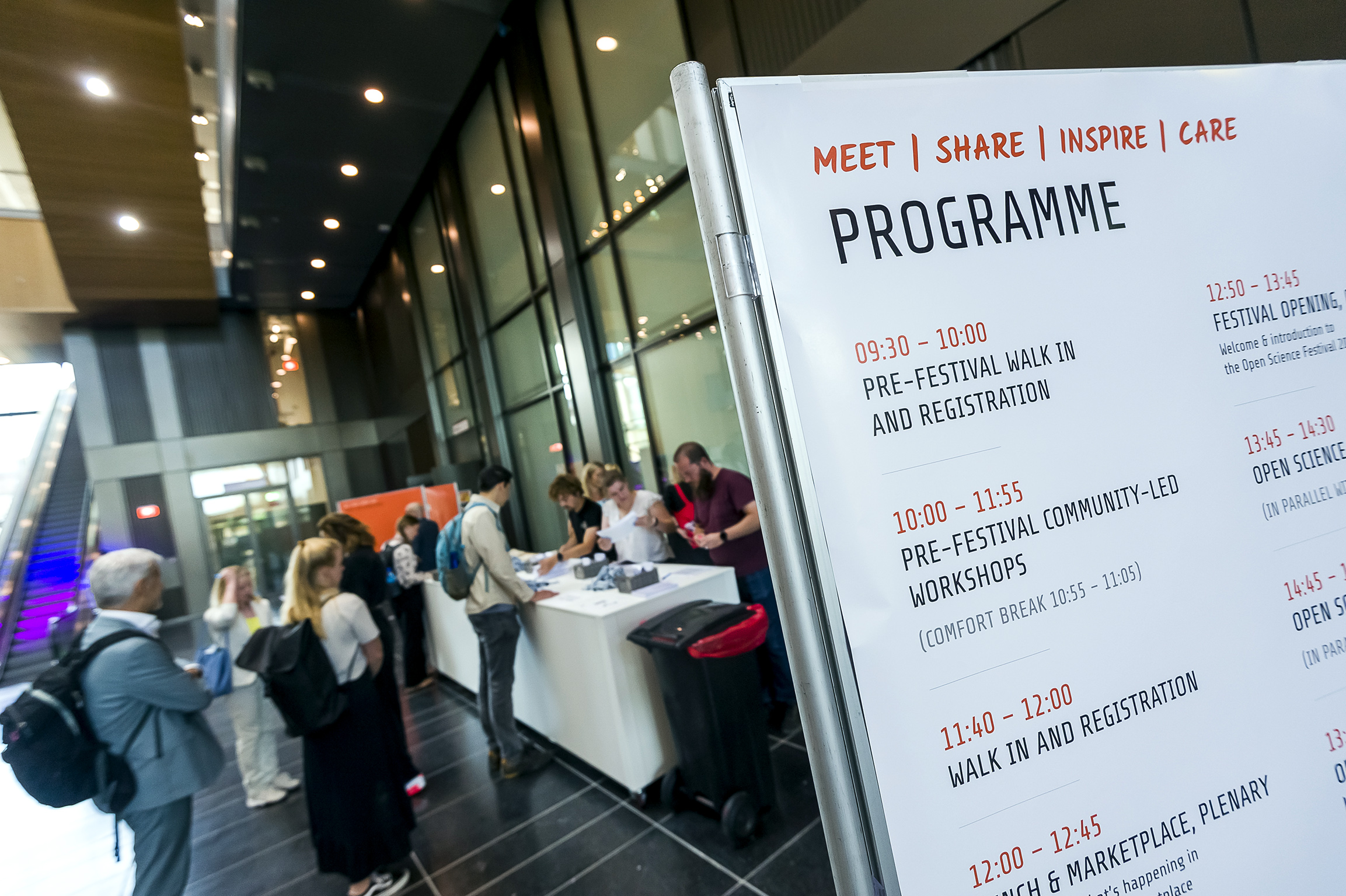