On 14 October 1943 a group of prisoners in the Sobibor extermination camp revolted against the SS guards. Forty years later, Dutchman Jules Schelvis, himself a Sobibor survivor, interviewed those involved with the assistance of Dunya Breur. These interviews are part of the thematic collection: Sobibor Interviews 1983-1984, to be found via EASY. This eighteen-hour long historical material forms the basis of the documentary ‘De Sobibor Tapes’, directed by Piet de Blaauw.

In extermination camp Sobibor (East Poland) approximately 170,000 Jews from all over Europe were killed. More than 33,000 of them came from the Netherlands. Less than fifty prisoners survived the war. Most of them escaped during the uprising that broke out on 14 October 1943. The collection consists of thirteen interviews with Sobibor survivors. Sometimes emotional, sometimes detached, they tell about their lives disrupted by the war, the degrading conditions in the camp, their escape and their lives after the war. The leader of the revolt recounts in detail the preparation and execution of the mass escape. There are also interviews with two Polish residents of the camp and a survivor of the uprising in the crematorium of Auschwitz-Birkenau.

Watch the full documentary on the 2Doc website. The full interviews can be found in EASY. Please contact our data managers for more information on depositing and reusing data in EASY. 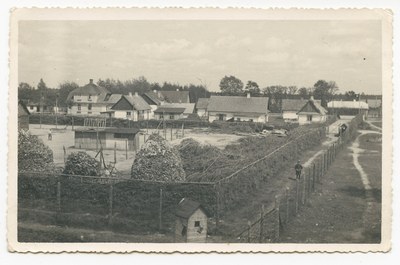