8 March marks International Women’s Day. On this day, the social, economic, cultural and political achievements of women are celebrated. National and international activities are organised to celebrate these achievements or rally for women’s equality.

This year’s theme for Internationale Women’s Day is: Choose to Challenge. In EASY, data about this theme are also available:

In EASY, data from the Dutch Social and Cultural Planning Office (SCP) are available, which were obtained for the 2016 Emancipation Monitor. The Emancipation Opinions Survey (EMOP) surveys the views of the Dutch population on emancipation-related topics. Statements on emancipation topics were presented to the Dutch population aged 16 and older, combined with questions on the division of tasks, economic independence and background characteristics. Themes such as ambitions, sexuality and violence and aggression were also discussed.

In EASY, you can also find the dataset: ‘Female Pioneers 1988-1990‘. These data were used in a study into the differences in first jobs between female and male graduates of higher vocational education. Both data on the personal situation and the work situation of the graduates were collected. They were also followed in their application procedures, whereby data on employers’ attitudes were also collected.

For questions about depositing data in EASY, please contact our datamanagers. 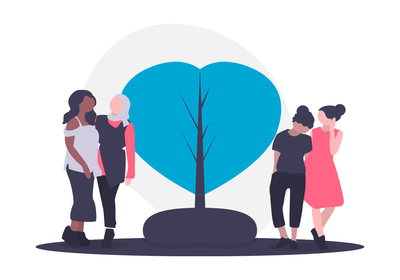